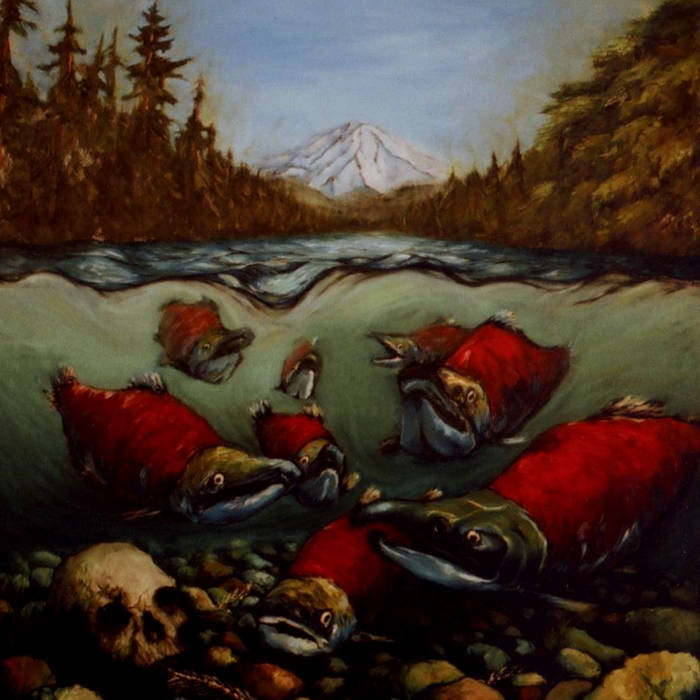 amorphisgarden Channeling the spirit of Cascadia. This isn’t the cold icy black metal of Scandinavia, this is decidedly more soggy, earthy, natural, raw, organic. Like the Sockeye on the cover it travels through this landscape in a cycle of life and death. It is beautiful.

Ippocalyptica Tahoma works on so many levels and should be lauded for various reasons as a fantastic black metal album, including: 1) much like Cobalt’s and Wayfarer’s albums, Tahoma actually sounds American (and is not simply black metal from America); 2) unlike many “Cascadian” black metal albums which are too meandering and too soft, there is commendable intensity, aggression, and cohesion to be found in each of these five songs, all of which are nonetheless wonderfully varied; 3) instrumental and vocal proficiency is high, albeit never self-indulgent, and always in service of the compositions; and finally, 4) whereas I have always found black metal to be the most emotionally-impactful sub-genre of metal, the amount of emotion invested by these musicians here is well above the norm and moved me more than 90 percent of the rest of the albums in my collection, on Bandcamp and elsewhere. Comparisons to Agalloch, Skagos, and Wolves in the Throne Room (amongst others) are inevitable, but Alda is very much doing its own thing here, and Tahoma is by far the group’s most accomplished work. Do the right thing and buy this album before you hate yourself forever. Favorite track: Adrift.

The Will to Power

Formed in Washington during the fall of 2007, Alda is a four-piece band from Tacoma that plays a style of black metal that is considered to be of the Cascadian ilk. The band is a collective project that is dedicated to the reclamation of Lost Wisdom and the application of a lifestyle founded on respect and communication with the soils on which they dwell.

Replenish Records is an independent record label and distro based out of Washington DC.

Bandcamp Daily  your guide to the world of Bandcamp